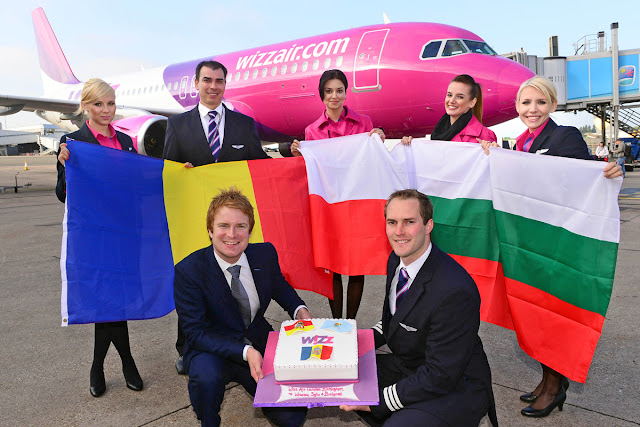 The beautiful Polish city of Wroclaw is accessible twice a week from Birmingham Airport with
flights on Mondays and Fridays. The city is famous for having more than 100 bridges and one
of the largest urban squares in Poland

The capital city of Sofia, the largest city of the Republic of Bulgaria, departs twice weekly on a
Sunday and Wednesday making it easy to explore this ancient city. Founded thousands of years
ago, today the capital continues to develop as the country’s cultural and economic centre

Bucharest, the bustling metropolis of Romania’s capital city, known for its tree-lined boulevards,
glorious buildings and many fantastic bars and restaurants can now be visited twice a week. The
route will depart Birmingham Airport on a Wednesday and Sunday


Tom Screen, Head of Birmingham Airport's Aviation Development, said: "We’re delighted to be
able to add these fantastic cities to our list of Central and Eastern European destinations"

"Having launched only in September last year Wizz Air one of the fastest growing carriers here
and it is continuing to go from strength to strength. It’s easy to understand why the carrier is
popular with our passengers as it offers low-cost fares to great cities making it an ideal airline
for those looking for city breaks or to visit family and friends in Europe"

Tamara Mshvenieradze, Corporate Communications Manager at Wizz Air, said: "We are delighted
to see such quick development and demand of our Birmingham routes. The most additions to
Wroclaw, Sofia and Bucharest are perfect city break destinations for our customers who wish to
explore the hidden gems of Central and Eastern Europe. Offering outstanding value for money the
capitals of Bulgaria and Romania boast beautiful architecture, delicious local cuisine and friendly
people. Our crews looks forward to welcoming you on board a Wizz Air with a smile this summer!"
www.wizzair.com