Qatar Airways will launch a new service between Birmingham and Doha on Wednesday 30 March 2016
adding to its existing services from London Heathrow, Manchester and Edinburgh

With 8 flights a week, including two flights on Saturdays, passengers travelling to and from Birmingham
will have access to convenient and seamless onward transfers at the airline’s state-of-the-art hub at Doha
Hamad International Airport. The new route will be operated by a Boeing 787-8 "dreamliner" which has a
two-cabin configuration, comprising of 22 seats in Business Class and 232 Economy Class seats 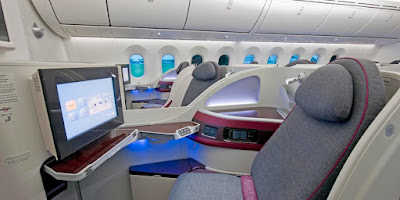 Qatar Airways Group Chief Executive, His Excellency Mr Akbar Al Baker said: "We are delighted to announce
Birmingham as Qatar Airways’ fourth destination in the United Kingdom from March 2016. This additional
route strengthens Qatar Airways’ commitment to the regions across the UK and will create new commercial
and leisure links between the city of Birmingham and the 152 destinations served by the airline"
Birmingham Airport Chief Executive Officer, Paul Kehoe said: "This is fantastic news for both Birmingham
Airport and the region, and is our tenth new airline to announce or launch this year. Not only will our
passengers have the choice of flying with the award winning carrier to Doha’s state-of-the-art hub
Hamad International Airport, they will have a choice of 152 destinations served by the airline,
including South East Asia, China and Australasia"

Connections between countries such as Pakistan and Australia from Birmingham have never been easier
thanks to Qatar Airways. In Pakistan the airline serves seven destinations including Karachi, Multan,
Faisalabad, Sialkot, Peshawar, Lahore and Islamabad. The airline has also recently announced two new
destinations in Australia, Sydney and Adelaide, commencing in March and May 2016 respectively, in
addition to the currently operated Perth and Melbourne services