Photo: Will Blunt, Global Air Image Photo Archive
Sixty years ago today - on Monday 2 May 1949 - Aer Lingus
opened a direct passenger service between Dublin
and Birmingham a route that they continue to operate
to this day!
.
Needless to say this makes Aer Lingus the longest
established airline at BHX having served the airport
for continuously sixty of its seventy years
.

Photo: Will Blunt, Global Air Image Photo Archive
.
The first flight to Dublin in 1949 was operated by Douglas DC 3 Dakota EI-ACL "St Declan" at an initial frequency of one return flight each weekday. Flight AT270 arrived at 1050 and flight AT271 departed back to Dublin at 1120. Code "EI" was not introduced until 1950. . Aer Lingus currently serve Dublin three times a day and Cork 4 times a week with all flights operated by (state of the art) Airbus A320's . 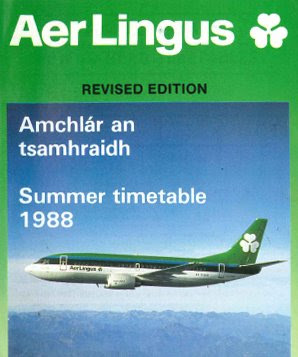 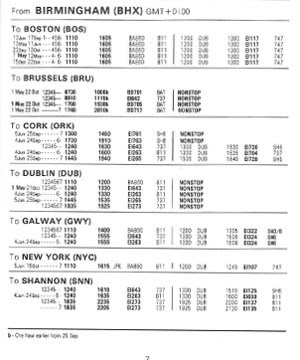 The Aer Lingus timetable for summer 1988 when they served Brussels in addition to Dublin and Cork. They have


Over the years Aer Lingus have used a variety of different aircraft
types to Birmingham - many of which are illustrated below - including
Fokker Friendship's, Vickers Viscount's, BAC 1-11's, Boeing 737's,
Boeing 707/720's and BAe 146's while additional services for the
annual Cheltenham Gold Cup airlift have been flown by their wide
bodied Airbus A330's and Boeing 747's
.
. Carvair's operated freight flights in the 1960's, some of which
carried cars to Bristol then positioned to Birmingham to take
freight back to Dublin - EI-ANJ departs from what
is now the Elmdon apron
. 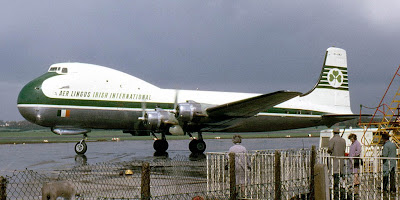 Photo: Will Blunt, Global Air Image Photo Archive
.
DC 3 Dakota were used on the Dublin-Birmingham route
for ten years until the winter of 1959 when they were replaced
by new twin turbo prop Fokker F 27 Friendships
EI-AKB is seen in 1965
. 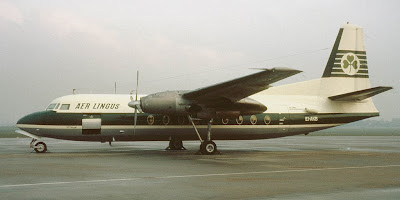 Photo: Will Blunt, Global Air Image Photo Archive
.
Vickers Viscount 800's were introduced onto the route in 1966
EI-AJI is seen on the Elmdon apron in 1968
. 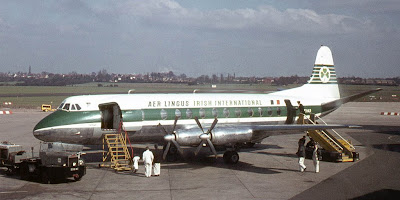 Photo: Will Blunt, Global Air Image Photo Archive
.
Viscount EI-AJK was used as a freighter and is parked
in front of Hangar 2 in 1968
. 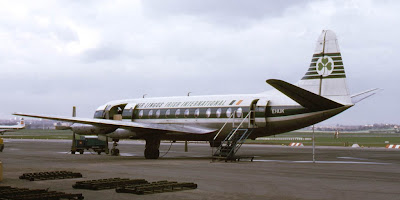 Photo: Will Blunt, Global Air Image Photo Archive
.
Following the opening of the runway extension in April 1967
Boeing 707's and 720's were used at peak times - EI-ALA
a Boeing 720 touches down on Runway 33
. 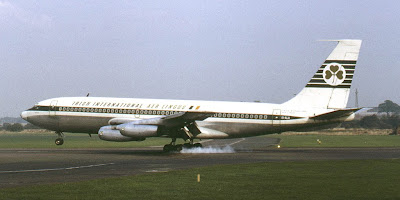 Photo: Will Blunt, Global Air Image Photo Archive
.
A Boeing 707 on the Elmdon apron with the tower behind
. 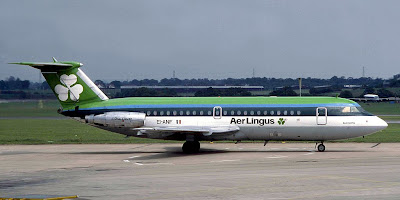 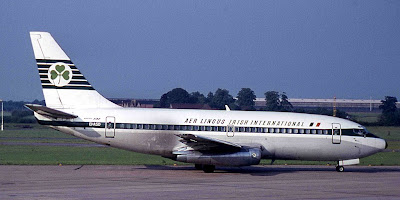 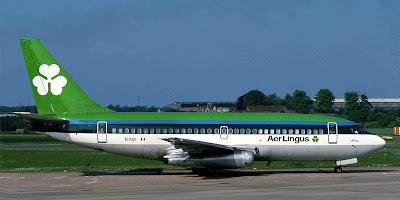 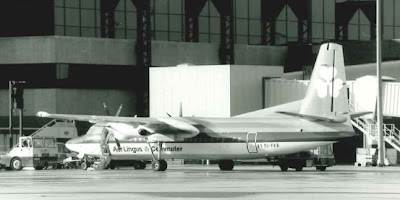 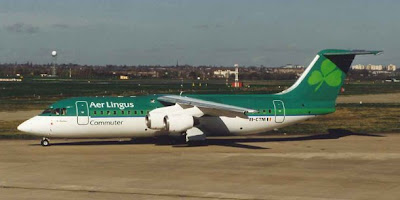 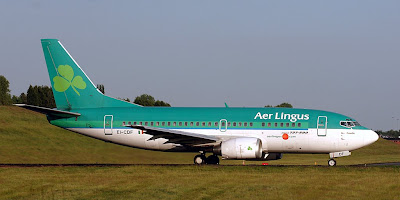 Photo: Ron Kosys
.
.... some of which were painted in a special scheme to advertise
their new www site at aerlingus.com....
. 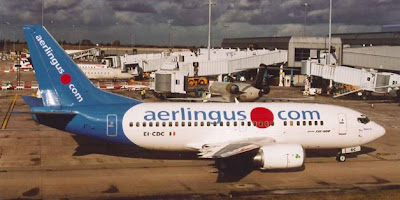 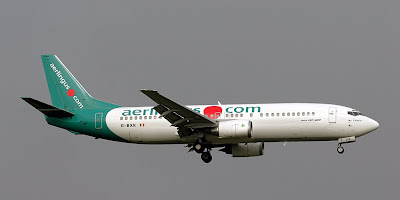 Photo: Ron Kosys
.
Following the disposal of the Boeing 737's all flights are now
operated by Airbus A320's with the occasional visit by 321's
. 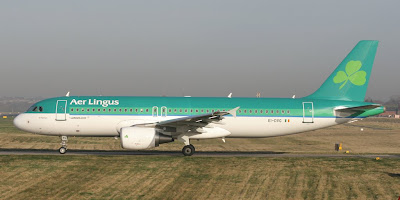 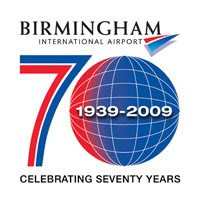