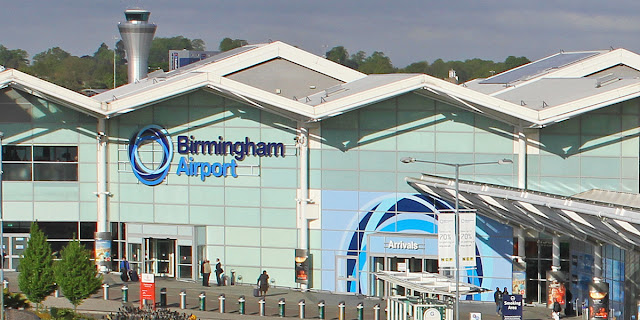 This is an excellent result - and only the second "one million passengers
in a month" since 2009 - and indeed the figures were not far short of
the record July in 2008
Monarch who have started new routes this summer to Bordeaux and Split
and added flights on existing routes have consolidated their leading position
in the leisure market from Birmingham Airport....
.... the figures are all the more encouraging given that last year bmibaby
- who closed down in September 2012 - still had four Boeing 737's based
at Birmingham while Monarch had just added two leased Boeing 737's to
operate similar routes for the peak season so there was a one off benefit
from this in the previous years figures


Routes with additional flights again did well - the Turkish Airlines service
to Istanbul was up a further 24.6% while Dublin where Aer Lingus have
added three additional daily ATR 72's flights increased by 11.7% - and
this was already Birmingham Airport's busiest route!
Other new services operating this summer include Aer Lingus to Knock,
bmi regional to Billund, Gothenburg, Lyon and Toulouse, easyJet to
Belfast International and flybe to Amsterdam and Lyon
August has of course seen the start of the new Air India Boeing 787-8
"dreamliner" service from Amritsar and Delhi so prospects for continued
growth for the rest of the summer are good

Charter traffic which experience growth included -
Malta 134.0%, Tunisia 61.0% and Austria 36.7%
Scheduled traffic accounted for 75.7% of the total
passenger traffic in July whilst charter passengers
made up the remaining 24.3%